The Soloperto's staff is ready to welcome you at the point of sale where we will have the pleasure of hosting you inviting yourself to the tasting and visiting the historic cellar of the Primitivo.

The first basement wine cellars, built in concrete to accompany the fermentation of our wines in the early 1970s, were opened, restored and communicated to host a small museum that tells the history of the farm and the territory, in which began and lives, to visitors who want to know our reality.

In the small rooms that once were cisterns, the old tools and utensils that our ancestors used in their daily lives are exposed. A small path illustrates the various moments in the history of the peasant and artisan world of the land: house tools such as ratìcula, the frascèra, the tristièddi, crafts such as the shoemaker's shape or the tools of the carpenter, the tools for agriculture such as the plows, the runcatùri and the runcèdda, the zappulitèdda, the tools of the enologist of the past such as the màlicand, the cellar equipment such as the platform balance, the bottler and the manual corker.

Some tanks, however, are home to the history of our production: from the Primitivo bottles of 1970, to the first after the approval of the specifications of the 1975, testimony of our presence in the history of the DOP since its inception, to the reserves for vertical tastings, through the stages of our business life and our love for Primitivo di Manduria. 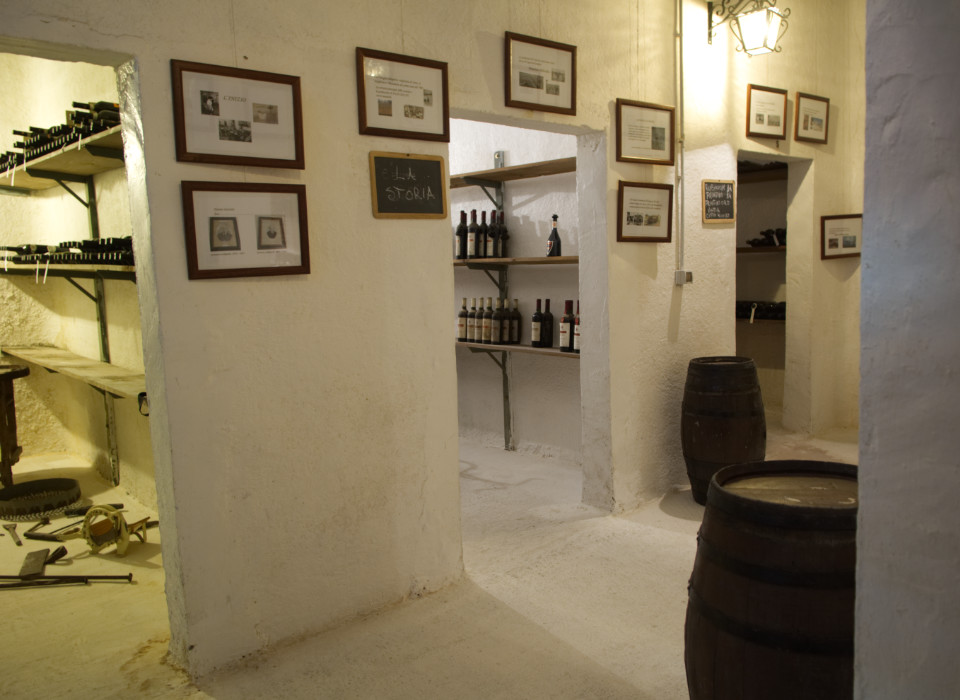 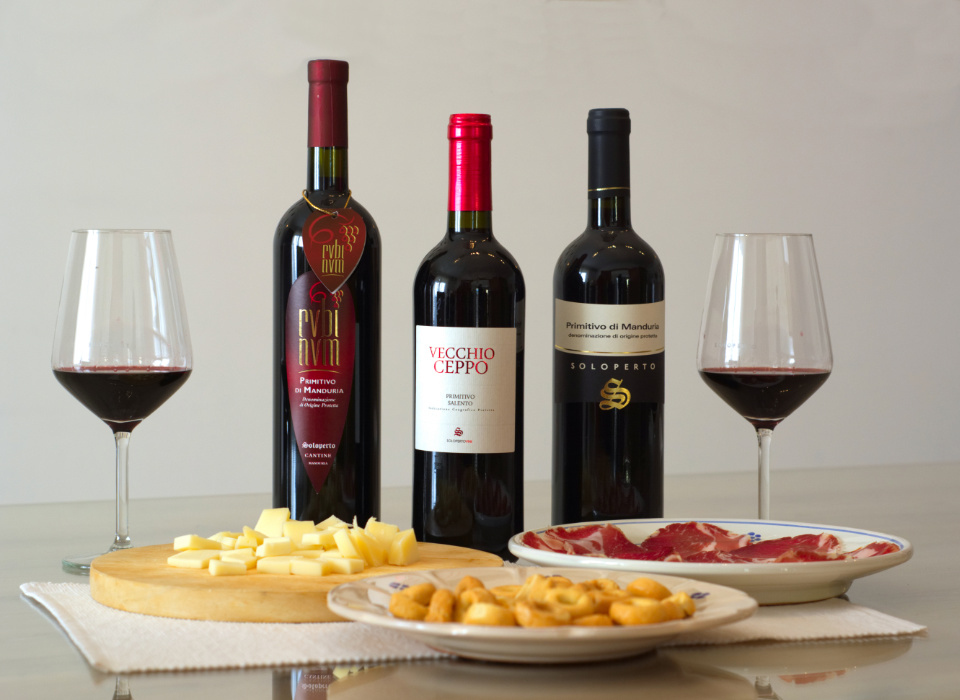 Visits to the Cellar and Tasting

The Soloperto's staff is ready to welcome you at the point of sale where we will have the pleasure of hosting you inviting yourself to the tasting and visiting the historic cellar of the Primitivo.

We will guide you to discover the production areas, barricades, vineyards and the Museum that tells the story of the Company. After the welcome and tour of the winery continues the path with different types of tastings, during which the quality of the wines will be explained, accompanying glasses with appetizers and local products.

Upon reservation, you can also arrange longer tours (maximum two hours) that include vineyard tour followed by a buffet or light lunch and for those who wish, we can suggest different solutions of lodging in facilities. What do you expect to book your personal tasting, we look forward to!

Our usual reception activities provides access and visit the showroom, tasting of two different wines and the illustration of the quality of the wines tasted.
If you want to know more, you can choose from a variety of guided tours and wine tasting that we propose below.

Manduria, a story to discover

First written documents are of Plinio il Vecchio, charmed by a well of spring water and by a mysterious flowered almond but, for us, Scegnu is a member of our family, is on the city coat of arms and symbol of a land, which seems arid at first look, but that has instead inside itself a unique richness. The almond described in Historia Naturalis is still there, from Plinio’s time, suspended on the unreal emptiness of the cave beneath and, following the sound of water, we arrive at the spring, always protected by the moss and by a stone well.

Few steps divide the magic of Fonte Pliniano from the ancient Messapic Walls, that have seen Archidamo’s end, the King of Sparta, and Quinto Fabio Massimo’s victory, a battle fought between thousand years old vineyards and olive groves. Further on, starts the countryside, with its vineyards, that seems sculptures, and that are evidence of man’s work, year after year, season after season.

Little-shrubs of Primitivo are part of the red-soil plain and dry-stone walls that, often, divide small proprieties. At dawn, this plain is fill by farmers, that after an year of fatigue, reap the fruit of their labour. Only those three, maybe four grapes for each plant, good for the creation of a Primitivo that is unique and difficult to make elsewhere, the real genius loci that after centuries of work reminds us how much Manduria and its wine are related to an only destiny called terroir.